So you want to become a developer 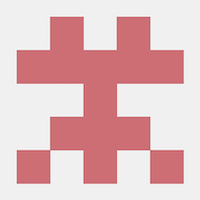 Here is what you probably haven't heard. The expectations put on you are insane. The amount of programming language is and best practices and design of philosophies and new library this new library that requires you spend at least an hour a day learning something new.

sure the average salary is $85,000 but what is the median salary? There are a lot of developers making $300,000 a year, I personally am in the ~55k bracket, and been working professionally for about 8 years.

Speaking of being underpaid, how good are you at convincing everyone that you are hot s*. Because I'm not very good at that, and that set me quite a bit behind.

How about doing your own deployments? Most of my clients want those done after hours, which is great because it won't cause any down time for them. What's not great is appointments tend to go south for one stupid reason or another, and if it's after hours chances are your not thinking very clearly.

How about fixing bugs? Majority of projects I've been on I spend at least four to five hours cleaning up bugs I've done and others. I don't really like bringing that up because it makes me think I am a sloppy developer. But I know that's not the case, I only have so many productive hours in a day.

Even a few minutes to do better than all of the things I struggle with, you'll have to convince your boss and your client that you know what you're doing, explain to them why you should write code, how are you plan to write it, accurately estimate the number of hours it will take to write the code, and then document code you're about to write so that sales can approve it.

So hey, I ask again. Do you want to do this? Hopefully it isn't for the money. if you think you're going to be respected because your IT you've got another thing coming. If you are really determined and believe very strongly that you just love computers and want to work with them and stare at them all day long and deal with all this crap go for it.

But if you think it's a sweet gig, save yourself the trouble, get out.

It can be a challenge, more so in some countries than in others. (My experience is in Europe - the salaries are lower, but so are costs).

I don't know if this is a hopeful message, but there are quiet some developers who don't work any overtime and don't keep up with a lot of languages and development, and who still manage to add value and keep their jobs :-)

Maybe it's weird that I'm saying this. Personally I'm kind of obsessive about programming so I try to read too much and spend a lot of spare time on it. But I hear it's possible to have a life on the side :-) 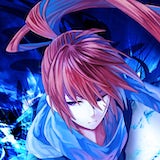 You are absolutely right. I am a new in this development section which is frontend web development. I started a local course they said that they will teach us all the thing that is needed for frontend development. So I thought this is going to be so cool and started the course which is 3 months in duration. So they teach us a few line of html5 and even fewer line of css and no js at all (and all the js framework that will be needed aren't even mentioned to us). And after a few lines of css they just jumped to a css framework called bootstrap which is absolute crap, if I just connect it with my html file all my handwritten css got overwritten and the page that I have build perfectly look like a mess! And after a few days of nonsense bootstrap, they told us that the course is complete. Wow now I have become a frontend web developer! congratulate to me!! weeeee horrayyyyyyy. So now I have jumped into the pool of developer on freelancer.com and start finding frontend web development job. Surprize!!! I have found tons of frontend job psoted there but none of them I can do!!!! Why you ask? Cause there are lots other language and frameworks that is a requirement for those frontend jobs. So now I have learned that I need to learn css preprocessor like sass, less, scss and frameworks like bulma, ukit, bootstrap, skeleton, foundation, meterialize, sementic ui and lot other. And I need to learn javascript as it is mandatory for web development with all of it's frameworks like angular.js, vue.js, react.js, node.js, ember.js, meteor.js, backbone.js, and a whole lot other that I forgot the names. And I need to learn php and all it's frameworks like laravel, codeigniter, symfony, cakephp and a lot other. And I also have to learn database, sql, mysql and some others. I need to learn cms like wordpress, joomla, magento, drupal, squarespace, hubspot and others. I also need to install payment gateway and payment integration. I need to learn git, gitbash and some other commandline tool. I need to learn some graphic design too. And after all of this I need to learn how to lie properly too cause you need to convince your employer that you are the best no matter what and write alluring and confirming job proposal even when you are not confirmed and continuously keep lying throughout the project while you are searching StackOverflow for solution when you stuck with something and not to tell the truth that I am having a bit trouble but I am dedicated to your project and will complete it at any cost. So after searching and analyzing for over 6 months myself, I have only learned that what I need to learn to become a web developer. So do you think this is funny? Yeh, laugh at me please. I hvae tried and teach myself the html and css for the last 8 month properly from w3school and some other sites and now I am only able to make a responsive static webpage which does not fall into the required skill category for a job out there. So I have started learning javascript and only finished some chapter and without no teacher or instructor, I often get stuck and left as stuck there for forever. Now I am hopeless and in a really poor mental condition and cannot take a decision that if I will continue to try to learn all of those and will try to become a web developer. Someone help me, please.

The only thing that I want to say is that if someone or some of your friends or some internet page tells you that our course will make you a web developer in just 3 months or something like that fuc* those guys immediately and you will have at least some pleasure. 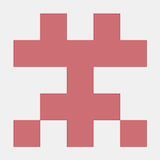 If you really need the work, of course you are capable dude. I'd focus on building connections with the right people. I'd also suggest you work on your confidence.

I think you are right on this that I do not have much confidence cause I am a bit afraid and uncertain about my future. I will try to make confidence in myself that I can do this. Thanks for your suggestion.